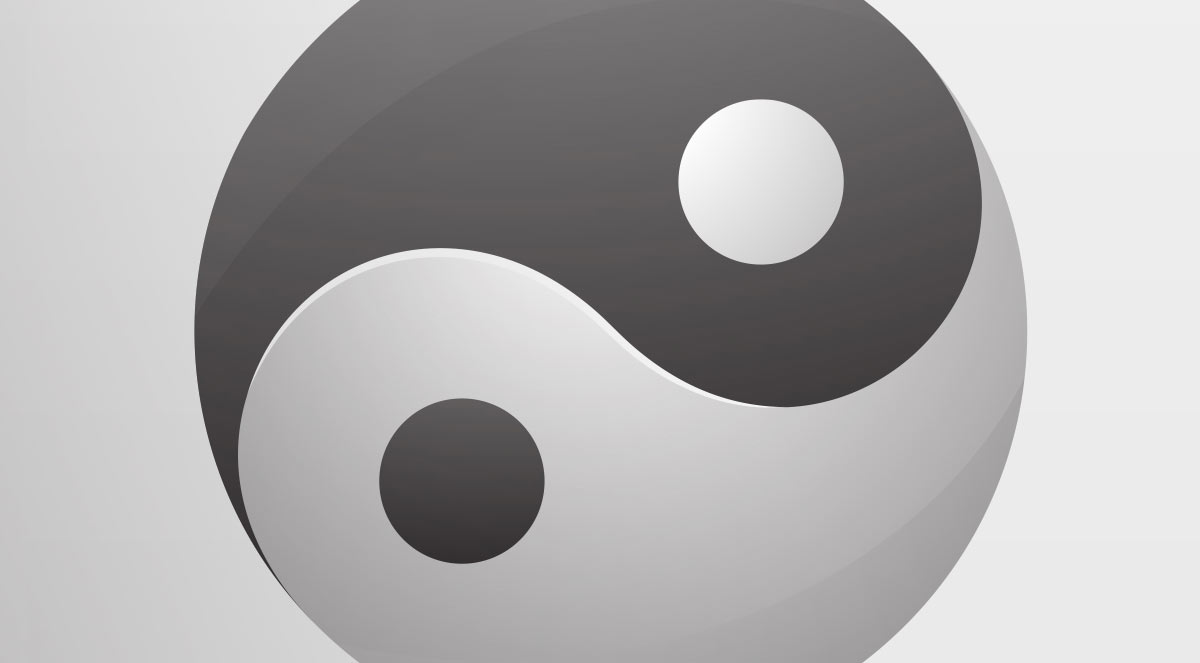 Duality is an integral part of the Universe. The Law of Polarity states that everything is dual, everything has poles; everything has its pair of opposites; opposites are identical in nature, but different in degree. For instance, for light to be seen darkness is required. A magnet needs both a positive and a negative pole to function. Heat and cold are the two extremes of the same thing: temperature. If you think about it, psyche is no different. We all have a dark side, which is known as the shadow in Jungian psychology. Our sixth method is comprised of facing the archetypal shadow of your brand then defining its opposite. Let’s see how it works.

The Law of Polarity

Every archetype has its virtues and gifts. For example, the Innocent teaches us to have faith, the Destroyer tells us to let go of the past so that we can evolve, and the Sage motivates us to seek the truth. By determining your archetypal narrative, you can find your True North, adding meaning to your life. That said, every archetype also has a shadow side, which is -as Carolyn Myss puts it- the part of you you have yet to meet. The Innocent could also be in denial, the Destroyer tends to demonstrate ruthless behaviour, and the Sage might have analysis paralysis.

Concurring with the Law of Polarity, the light side of an archetype does not show up without its dark side. They are one and a whole. Although many people use archetypes and personality interchangeably, they are not the same thing. You can imagine an archetype as a person’s role and personality as his/her image. In that sense, archetypes include but not limited to personality traits. Nonetheless every archetypal narrative corresponds with a series of characteristics, ranging from positive to negative. So, if you know your archetype, you can find your desirable as well as unfavourable personality traits.

You can imagine an archetype as a person’s role and personality as his/her image.

To my knowledge there aren’t any studies demonstrating the correlation among archetypes and personality traits. That is why the HEXACO Personality Inventory is our starting point. The model uses a set of positive and negative personality-descriptive adjectives, which we can cross match with archetypes. Then, we can supplement our list with personality traits that best fit certain archetypes. For instance, it is common sense that the Orphan would be untrusting, the Lover obsessive, and the Jester lazy. 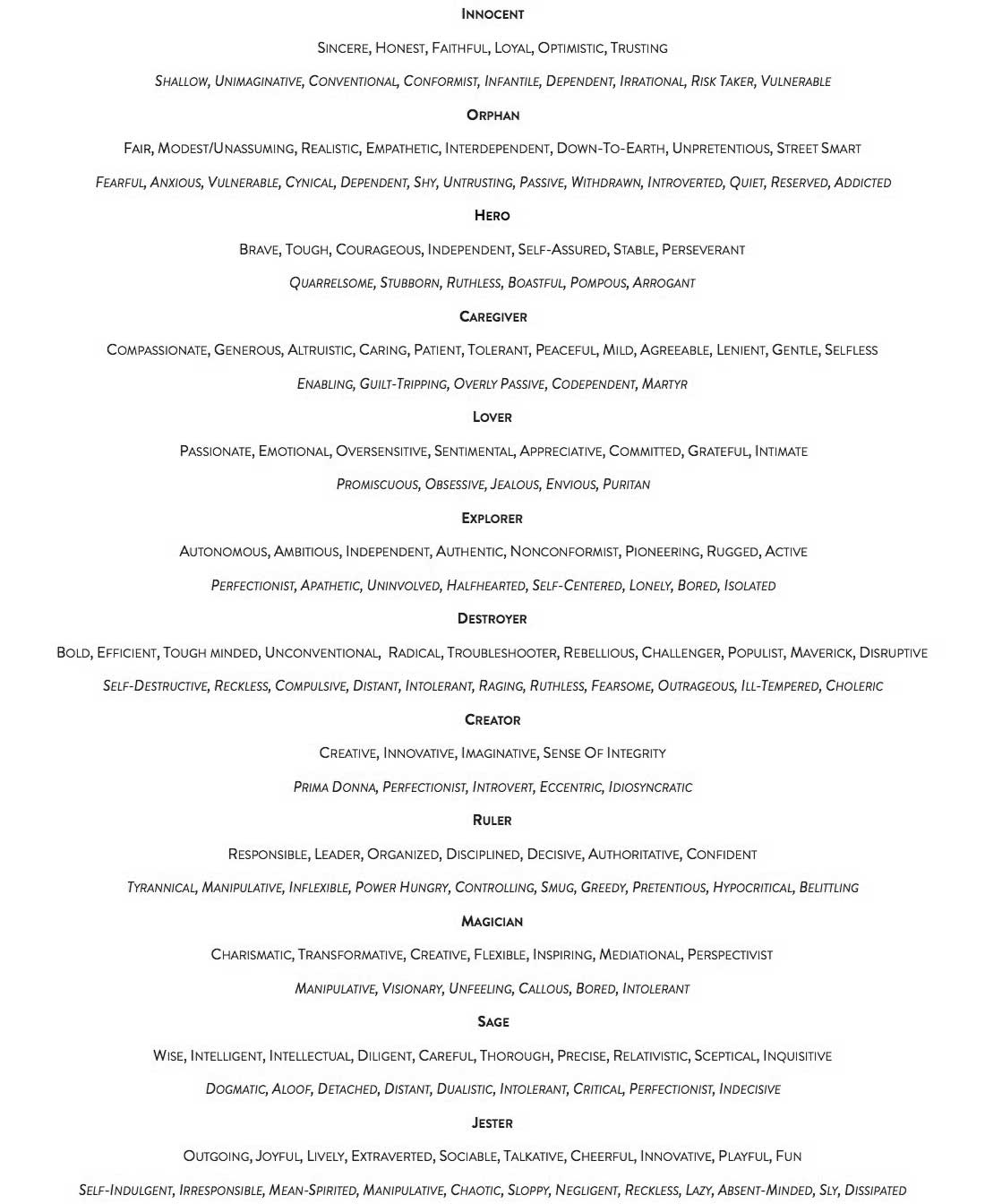 Now that there is a roboust list of archetype-specific personality traits, you can proceed to discover your brand duality. First, you need to know the story you are living. If you are working on your personal brand, you can take the SVSS survey. Cindy Atlee’s survey is based on the 12-archetype model created by Dr. Carol S. Pearson. If you are working on your company’s brand you can take Brand Archetype Pop Quiz developed by Interbrand. Alternatively, you can review the document prepared by the Royal Society of Account Planning and see which archetype best fits your brand. If you spot more than one archetypes, try to figure out which one is the engine and which one is the passenger car.

Now, imagine your dominant archetype is the Ruler. Go ahead and determine the first pole of your brand tensity by selecting a positive personality trait from the above list. For example, you may want to have an authoritative tone like that of McKinsey’s, which sounds confident, respected, and powerful. One would assume, however, that authoritative people tend to come off as smug, pretentious, and inflexible (Those are actual adjectives used by ex-McKinsey consultants to describe the dark side of the firm.)

Finally, to determine the second pole of your brand tensity, take one of those shadow attributes and reverse it. For instance, the opposite of smug is humble. Being authoritative yet also humble is a strong brand tension that gets noticed right away.  Read what Robert K. Greenleaf, who coined the term and started the movement of “servant leadership” once said:

“The servant-leader is servant first… It begins with the natural feeling that one wants to serve, to serve first. Then conscious choice brings one to aspire to lead. That person is sharply different from one who is leader first, perhaps because of the need to assuage an unusual power drive or to acquire material possessions… The leader-first and the servant-first are two extreme types. Between them, there are shadings and blends that are part of the infinite variety of human nature.”

Nelson Mandela is an iconic figure, who blended authority and humbleness.

Let’s try another one. Say your dominant archetype is the Jester. Some of the personality traits that are most compatible with this archetype are outgoing, playful, and talkative. So, you might choose playful as your first pole. Now, think of all the jokesters around you. Chances are those people also share common pitfalls such as irresponsibility, laziness, and negligent, which show us that being meticulous is a direct opposite of the Jester archetype. That’s why if you can -through your deeds- prove that you show great attention to detail, that you are very careful about quality, that you are highly precise about production, then you could land on a highly different, desirable, and defendable brand tensity -just like Geico.

Here is one final example. Suppose your archetype is the Explorer, which is a particularly popular one among youngsters, for adolescence is the time for identity building. So, traits such as nonconforming, authentic, and autonomous go hand in hand with this narrative. On the downside, however, the Explorer is also a loner. It is also apathetic, showing or feeling no interest, enthusiasm, or concern for others’ feelings. Finally, people who are living this archetypal narrative tend to be self-centered. So, by reversing one of the shadow traits of the Explorer, you can create a solid brand tensity. For example, you can switch the orientation of your brand from itself to a societal cause. All of a sudden you would get a brand that is nonconformist on the one hand and socially concerned on the other. Patagonia, for your reference, is one such excellent example. 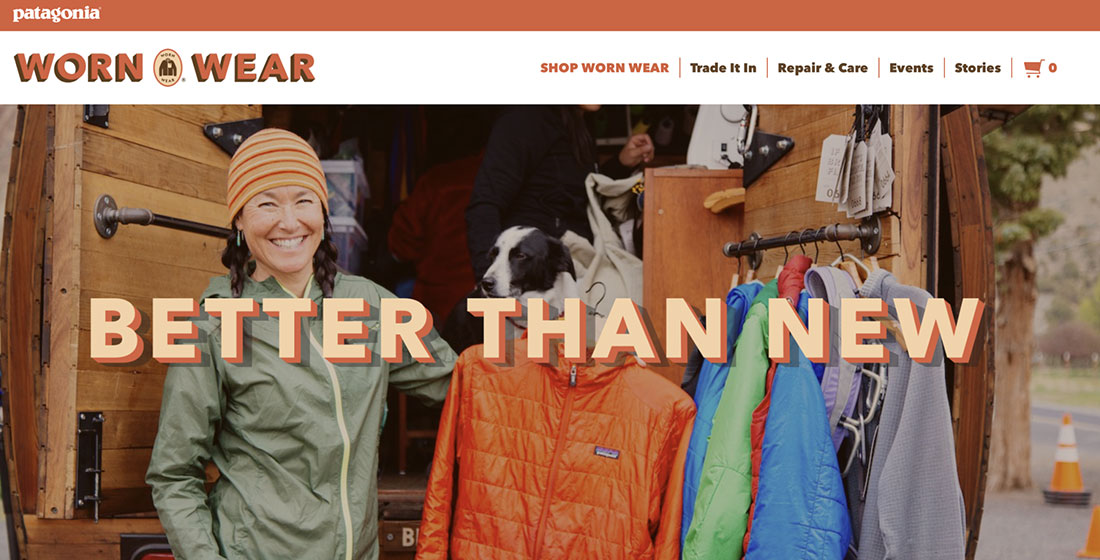 Discover your archetype. Determine your positive pole. Find out what your shadow attribute is. Then reverse it. It is a simple yet proven method for finding your brand tensity.

On the seventh and the last installment of this series, we will try to find ways to create tension by tapping into symbolism. If you find this article useful, please feel free to share it with your colleagues.